You had me at pomo 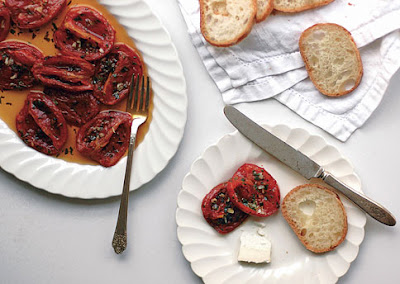 [Photo Credit:Bon Apetit.com]
Occasionally I see a food photo, read the accompanying recipe and experience a deep intense need to prepare and devour the dish. As in immediately if not sooner. Such was the case with this Pomodori al Forno.

It is a beautifully simple dish. Plum tomatoes slow baked in a low oven for two plus hours. 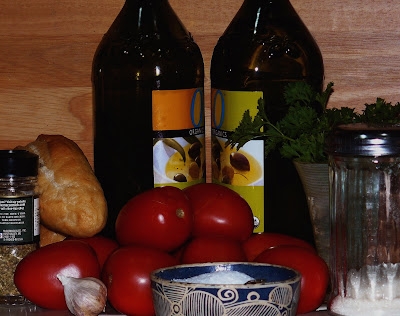 The tomatoes are bathed in olive oil and sprinkled with oregano, salt and sugar. It is a great while-you-are-doing-something-else dish because the first two baking steps each last an hour. That gives you all sorts of time to do, well, whatever else it is you have to do.

To me this type of dish represents some of the best of seasonal slow eating. The Italian parsley in our garden which bolted months ago, reseeded and reappeared. Tomatoes are at a peak just now (although we don't grow plum toms in our garden), and having a lovely reduced to its essence herbed tomato atop a good slice of bread with some goat cheese sounds like a wonderful way to end a Saturday. Or any day, for that matter.

The quantities called for produce enough to serve a small crowd if you portion out one tomato half per person, say for a debate or football watching bunch, but if you aren't expecting company, according to the recipe a serving is two tomato halves. In our case it is just the two of us, but these will keep for up to 5 days in the refrigerator. 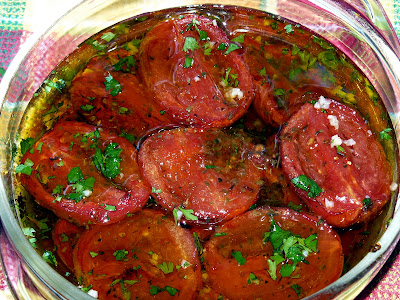 Think about that for a moment. Five days of having an amazing first course ready whenever you are. It just doesn't get much better than that. Factor in that tomatoes and olive oil are good for you, and you practically have an obligation to yourself to try these.

Here's the recipe - click this link for the original article.
6 servings 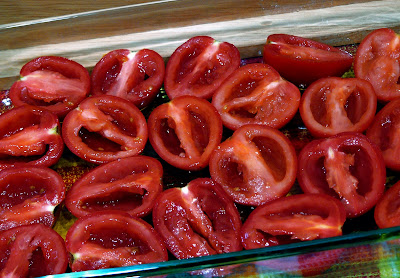 Arrange tomatoes in dish, cut side up. Drizzle with remaining 1/2 cup oil. 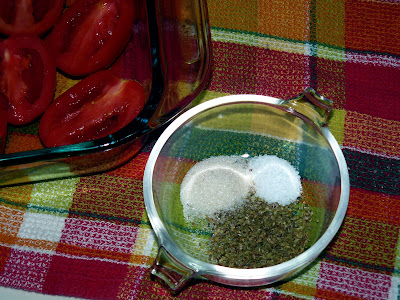 Sprinkle with oregano, sugar, and salt. 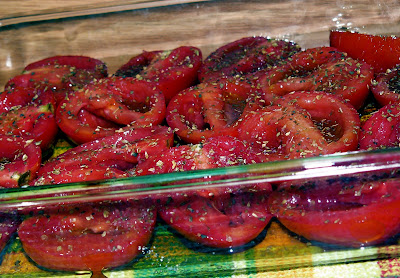 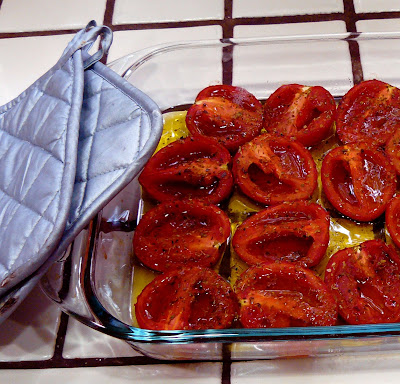 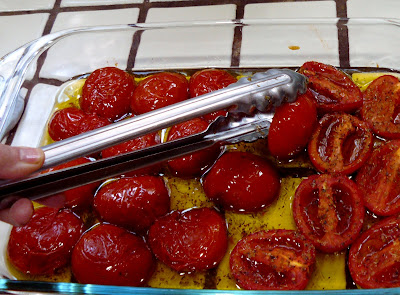 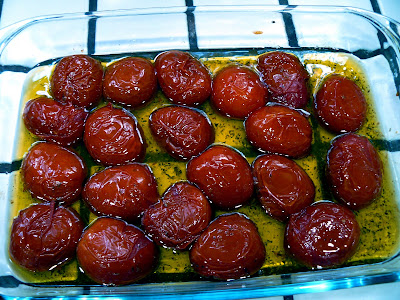 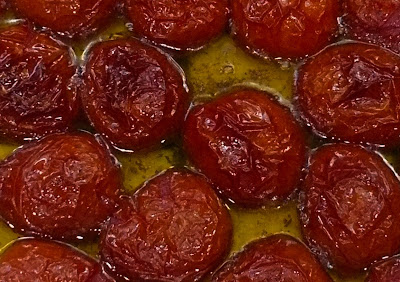 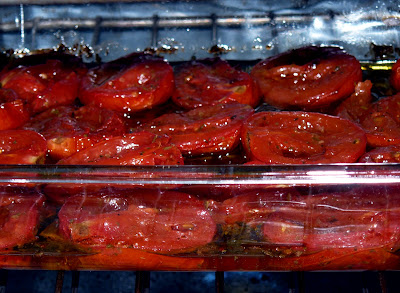 Bake until deep red and very tender, transferring tomatoes to plate when soft (time will vary, depending on ripeness of tomatoes), about 15 to 45 minutes longer. 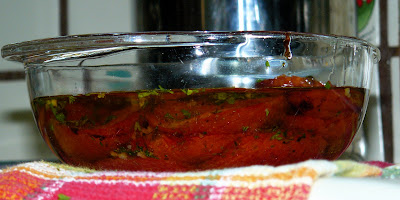 The house filled with a subtly enticing aroma of tomato and oregano, especially during the second hour of baking. My tomatoes were basic grocery store plum tomatoes, not especially ripe, so they took 25 of the 15-45 minute final go round in the oven.

I don't have aged goat cheese on hand but I do have some brie destined to go atop bread and under onion marmalade we want to use up. Goat cheese gives you more creaminess with less fat than cheeses made with cow's milk so if you are watching fat calories, goat is best. Brie is creamy without that sharper tang of goat cheese, but I figure it will sub in reasonably well.

Besides, I am still in Fall Pantry Challenge territory. I also have some kaltbach and argentinian bleu and manchego cheeses on hand, so I figure I'll put together a selection on a plate, maybe even heat up some olives in some of the leftover olive oil as a bonus element. 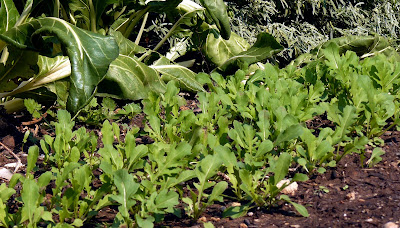 Toasted bread, baked tomatoes, cheeses, and onion marmalade, paired with a nice red table wine and a green salad featuring the thinned out plants from our flourishing lettuce bed (planted only 18 days ago), should make a pretty delicious meal for two tonight. If the temperatures drop enough, perhaps we can enjoy our first al fresco dinner of the season on the back deck, listening to strains of ACL Fest music wafting over from Zilker Park.

That's the good life, Austin style.
Posted by TexasDeb at 9:31 AM