You've heard the saying "If March comes in like a lion it will go out like a lamb."?
Trying to nail down the origin of this saying (because I was hoping it has some basis in truth) I discovered two different sources.

One is a series of old almanac sayings based upon lines written in early English plays and poems reflecting a belief in the eventual balance of nature.  Nature may indeed balance out,  e-ven-tu-all-y... but as an impatient gardener with plants I want to survive short term, I find it very difficult to take much solace there.

Another source for the saying has not to do with the weather at all, but rather with the stars.  The saying reflects the position of the constellations at the beginning and the end of the month as they switch between Leo (the lion) and Aries (the ram).  I find no encouragement there either, but admit it is a more reliable predictor of what will happen, as opposed to what I wish for.

At any rate, after whining in conversations and emails for days about how much we need rain, I was happy to see (and hear) embedded showers moving over our area during the late afternoon and early evening this past Saturday.

Then the lion roared.  Along came hail, blasting down with the rain. Fortunately the ice pellets were not in our area long enough to cause much damage, and the near inch of precipitation we got here in Rollingwood will not go unrewarded. 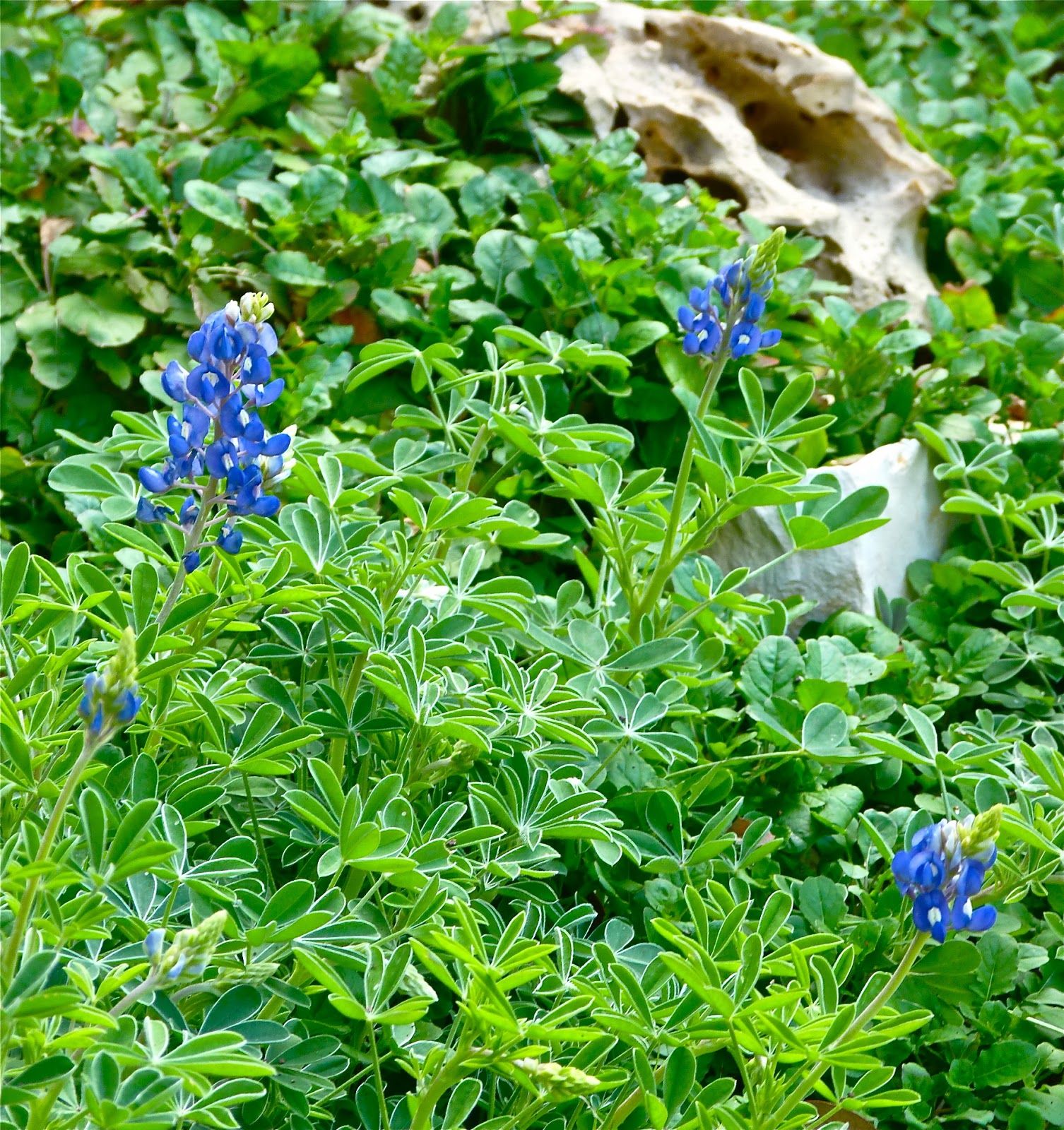 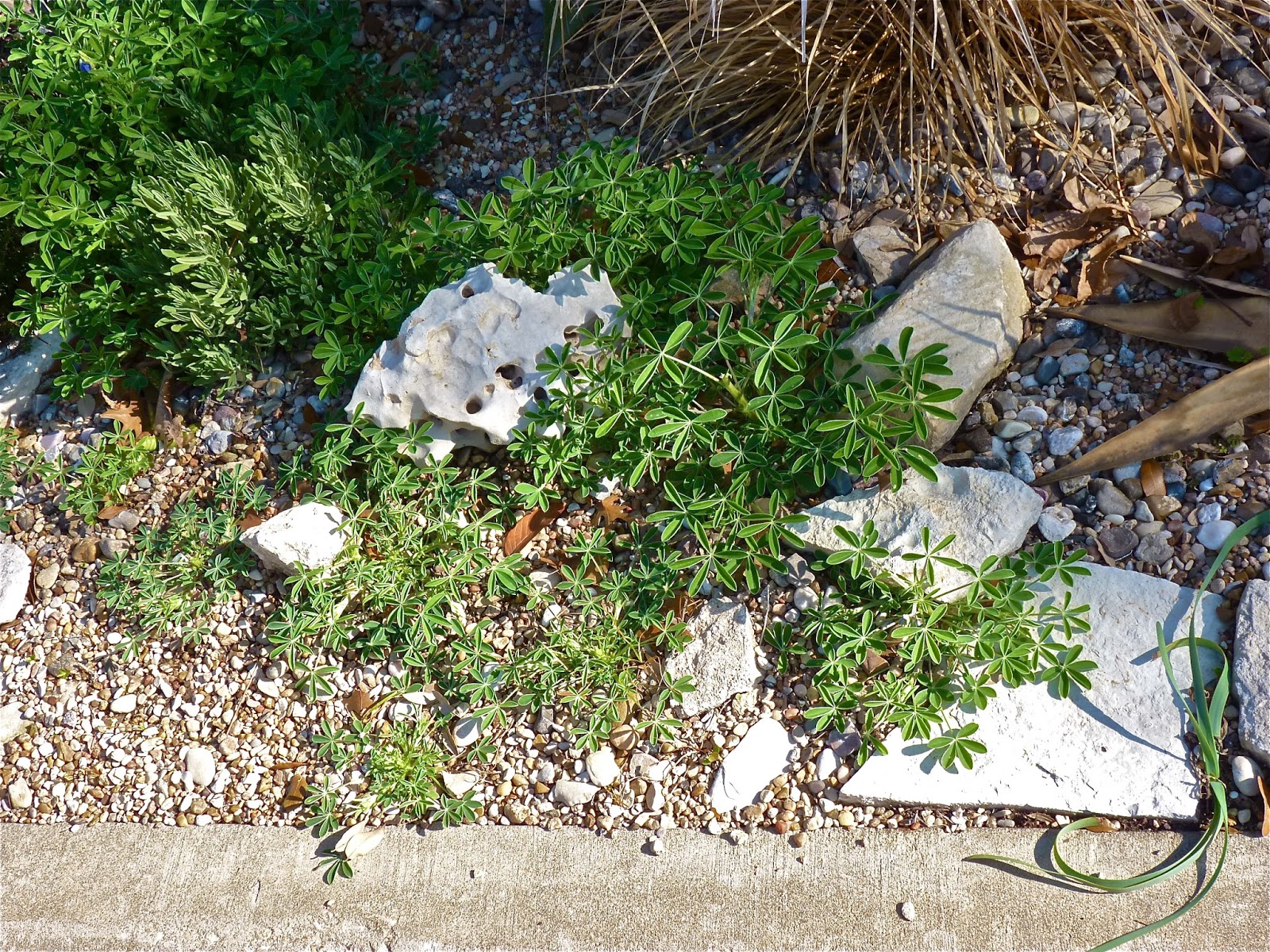 As is a lone Indian Paintbrush... 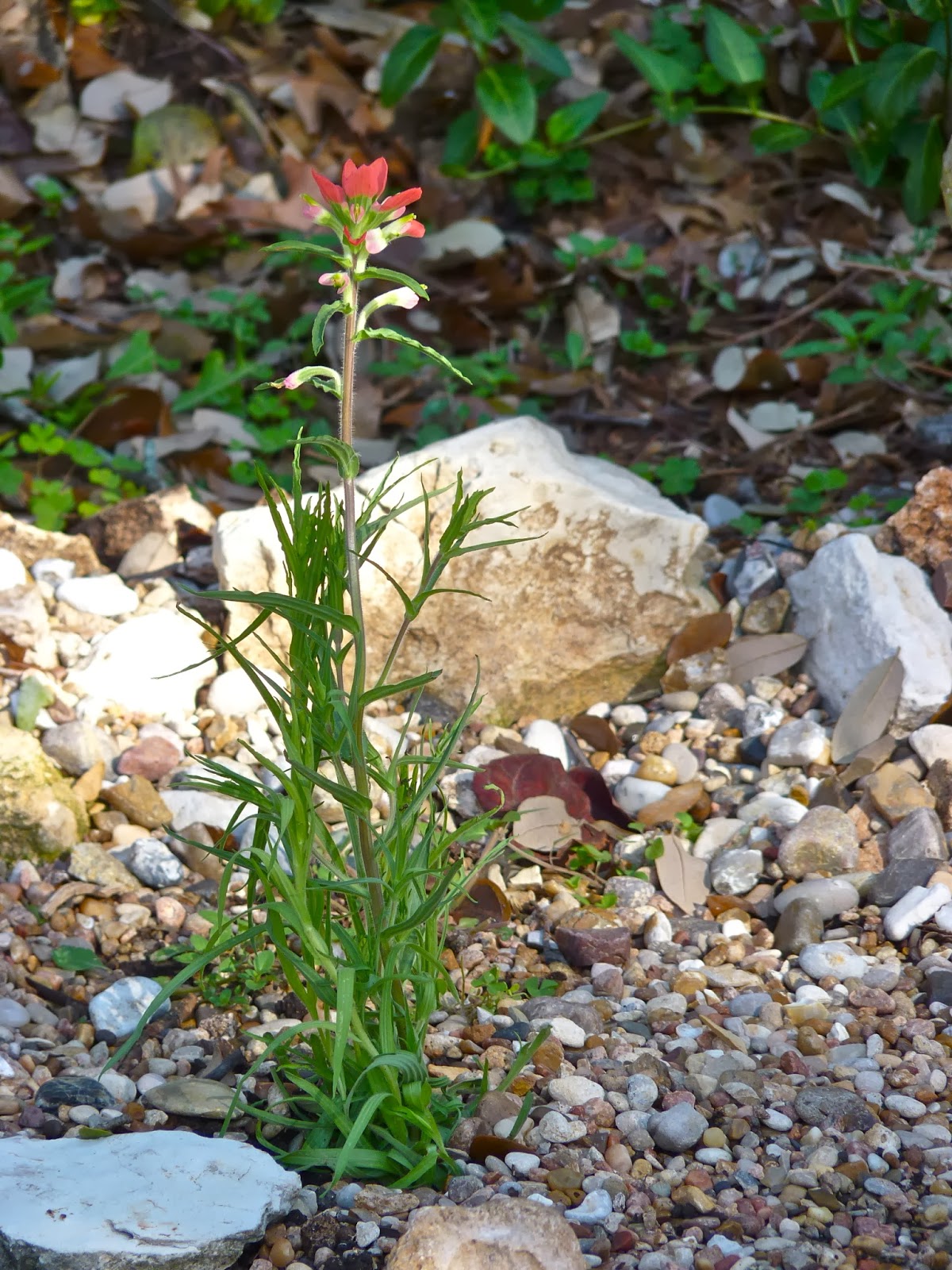 I'm keeping an eye out for more freezing weather, as I have lots of 4 inch pots in the greenhouse I am eager to transplant into the soil.  Because March is so very unpredictable, weather sayings aside, I will wait a little longer until we are past our typical freeze dates.  Then I will pin my hopes on yet another saying, that April showers will bring May flowers.

Wow! We didn't have hail, just some nice, perfect rain. I'm glad you didn't have any real damage from the hail though. Love the bluebonnet and paintbrush. I think we'll get cold, but maybe not SO cold? Time will tell!

Tina: I've got high hopes we've seen the last of freezing (or below) for this season. But you are right - only time will tell.