Bees make the best neighbors.  I enjoy watching them, I thrill to the sound they make, I deeply appreciate the work they do pollinating crops, and the honey they produce? Delicious.

In recent years there's been a lot in the news about Colony Collapse Disorder, where the worker bees for a hive simply disappear.  At one point it was thought to be a problem with mites, then there were reports of a parasite, and even a virus.   CCD was eventually linked to the rising use of certain pesticides, and the latest I've read indicates the disappearing bees are due to a combination of all of these problems.

The bottom line is there are fewer bees to go around.  And that's bad news for everybody.

As a gardener I was determined to do something to help out the local bees. After all, bees have been helping me out for years.  It is only right to at least try to return the favor.

I started out with what to me was the obvious choice. I scattered bluebonnet (Lupinus texensis) and other wildflower seed in several areas, and am happy to report the first bluebonnet seedlings are popping up in at least one bed out back. 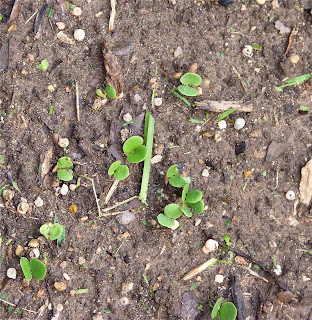 I've enjoyed watching bees swarming a Queen's wreath (Antigonon leptopus, or Coral vine) I keep constrained on a trellis close to our front door for years.  I've got another one started over close to a utility pole at the edge of our yard where it, unlike my trellis tamed specimen,  may have a chance to eventually spread into its full 30-40 foot potential. 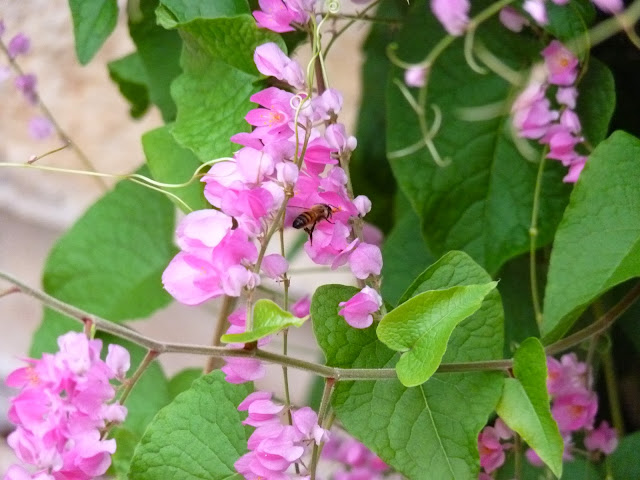 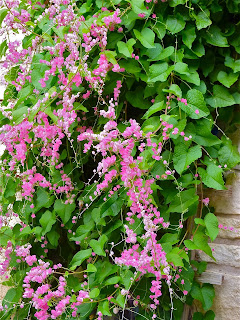 This morning, as I was watering several new bee friendly plantings* out front, I noted bees were already lined up two and three deep to get into the blooms on my one Datura plant.   (*As part of my "For the Bees!" effort, I just put in a Tecoma stans (Yellow Bells), 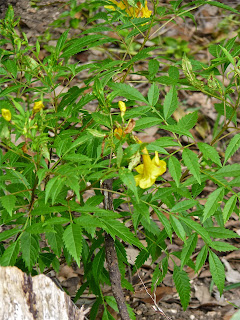 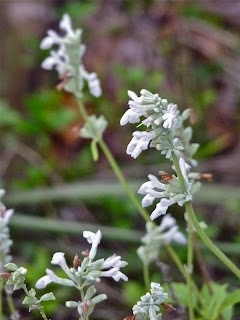 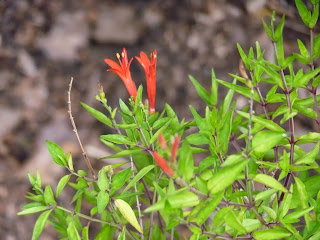 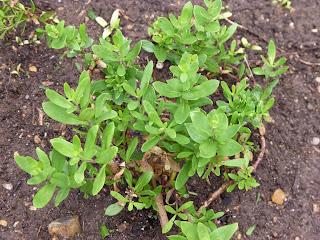 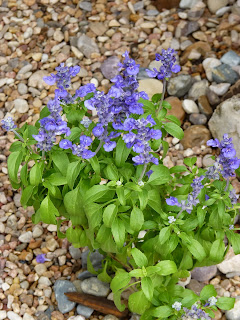 I also put in a row of gulf penstemon (Penstemon tenuis). 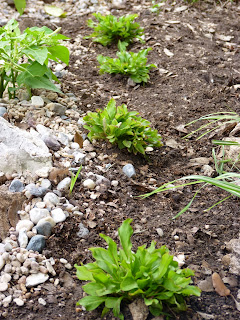 All natives (or near neighbors), many currently in bloom, and many mentioned specifically as beneficial to local bees.) 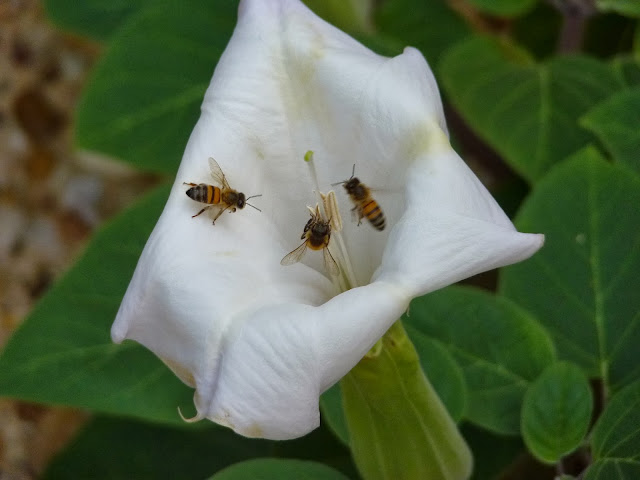 Back to the Jimson weed.  I've tried to grow Datura (Datura wrightii) several times over the years but despite their reputation for being low maintenance and tolerant of various conditions so far have only had luck in one location. Next spring I want to have seedlings ready to audition in several areas.  I've seen them establish as a reseeding patch in other yards around town so I'm aiming to get a swath going here if I can.

The bees seem on board with my intentions. 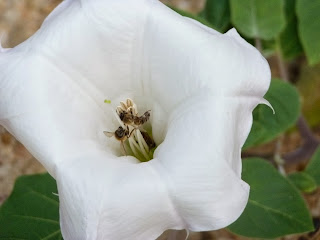 They simply couldn't get enough of the blooms this morning.  I'm optimistic I'll have several healthy seedpods to collect for next year's starts.

There you have it.   The short list of what I've done and am planning to do "For the Bees" here, just west of Austin.  I'm not great at getting good photos of my buzzy friends in action, but I'll settle for doing my part to help support their numbers.

We all have a lot of choices available when we are looking to fill out our garden spaces.  I hope you will consider putting in at least one native bee-friendly plant every time you go shopping for yours.  It's the neighborly thing to do.