There are always mysteries in any garden. Recently I was out obsessively checking on the Datura, wondering when the next bloom would unfurl.  That's when I saw it.  A tidy little hole in the dirt, about a quarter inch in diameter. 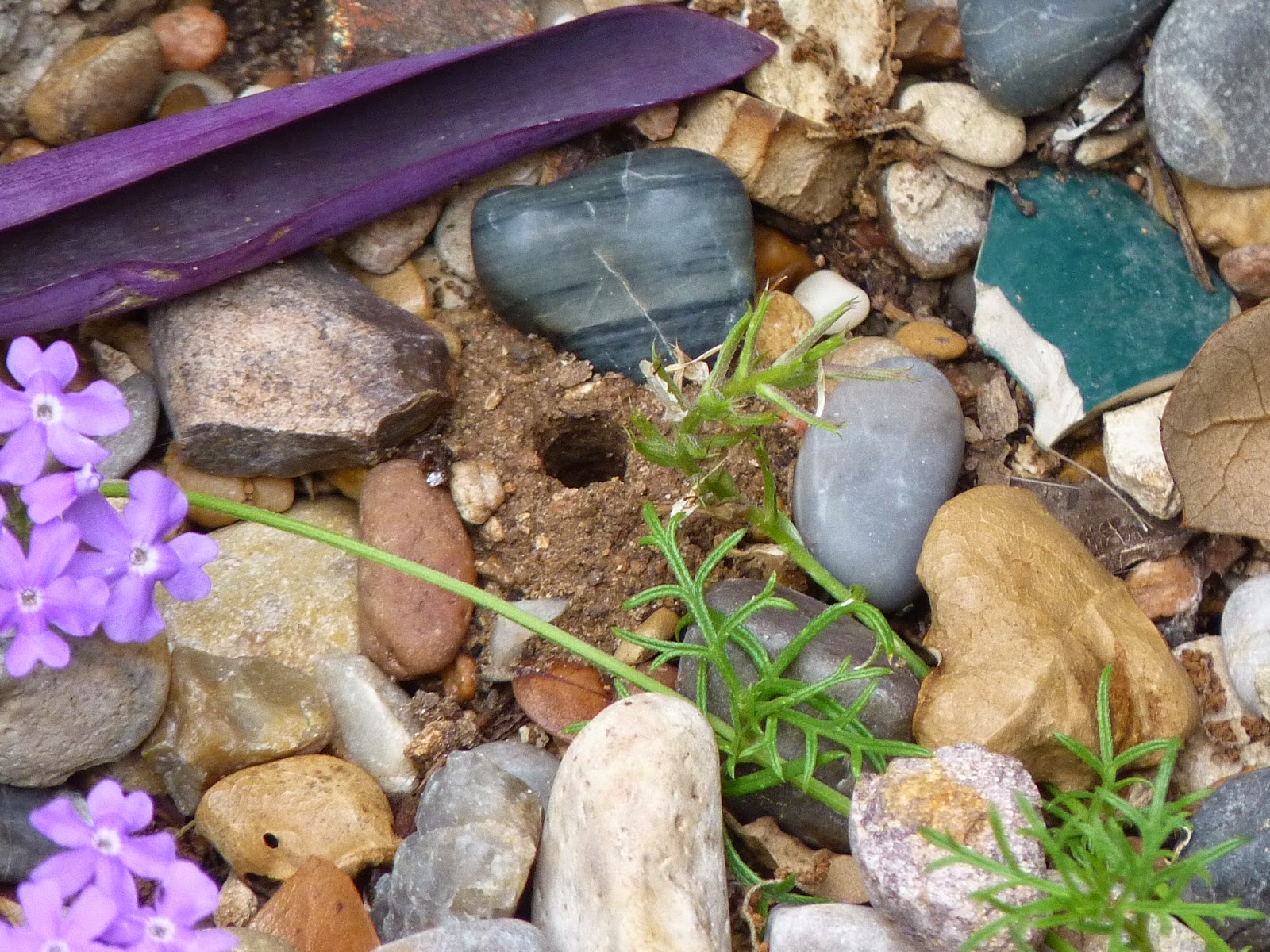 At first I was simply wondering, "what made that hole?".  So symmetrical, so discretely intact, I figured it must be an insect using some sort of specialized bug hole maintenance glue. But....what?  After I spotted the first hole I noticed others.  There were seven holes clearly visible and I suspected more partially obscured by rocks or leaf litter. 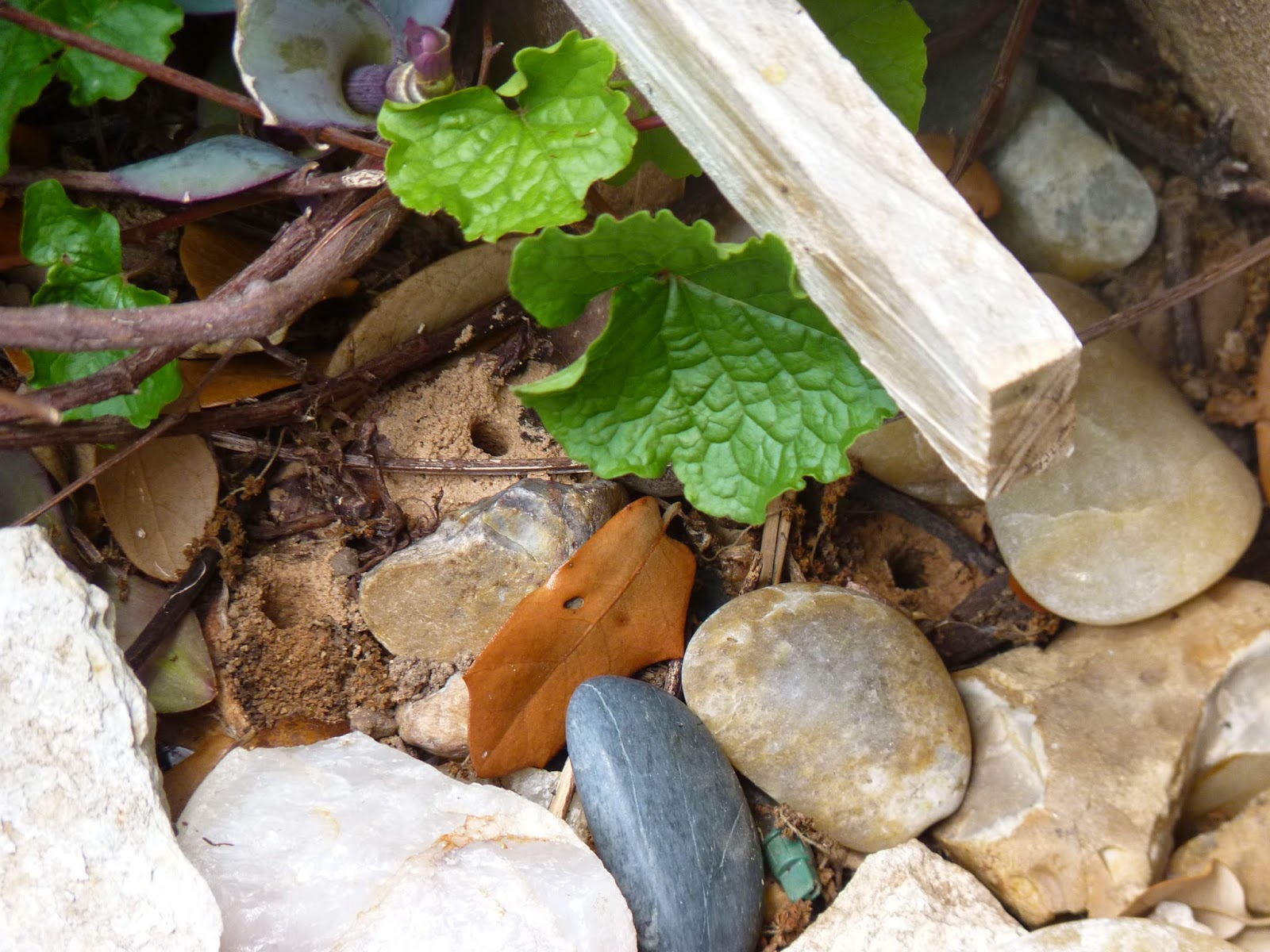 Apparently there was something of a colony of "whatever-they-ares" in residence here, not three feet from my front door.  Talk about sharing our spaces unawares!  A day or so later I started spotting the bees. 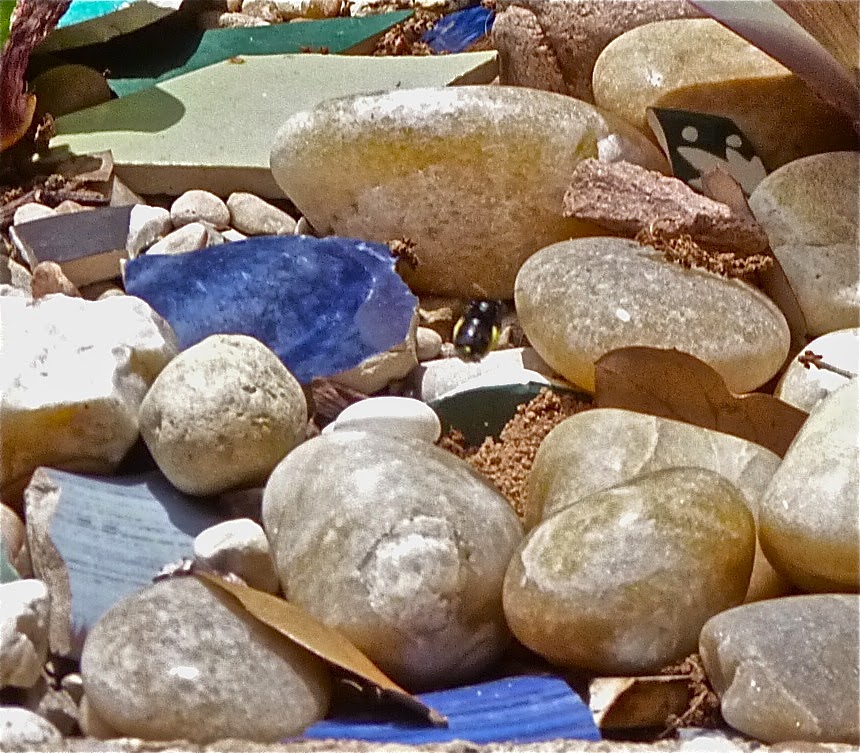 Or, at least what looked like some sort of shiny black bees carrying pollen underneath.  They went zooming around and then zip!  They would disappear into one of the holes.  Coming or going, try as I might I never did get much of a clear shot. 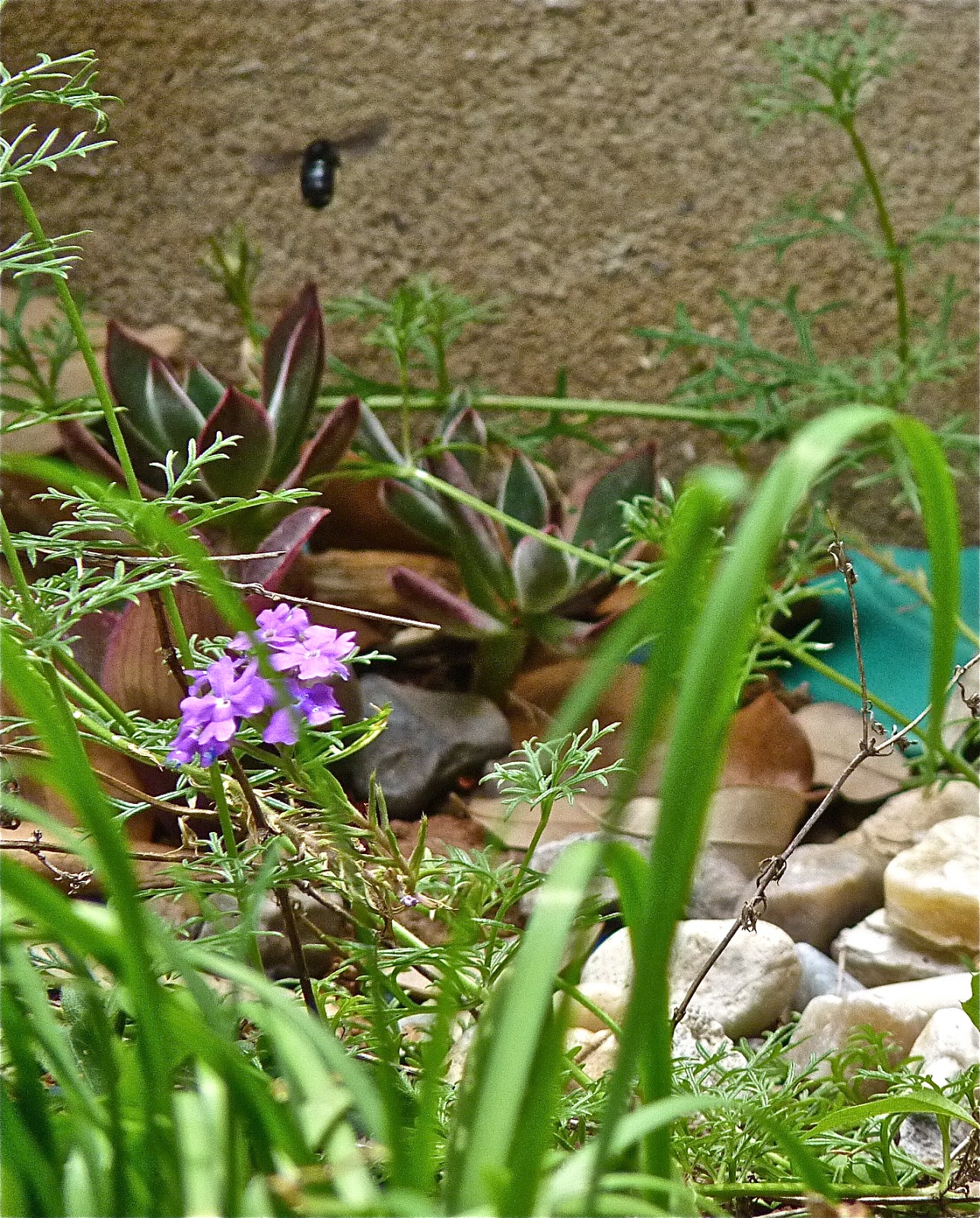 These bees are fast.  Super fast. 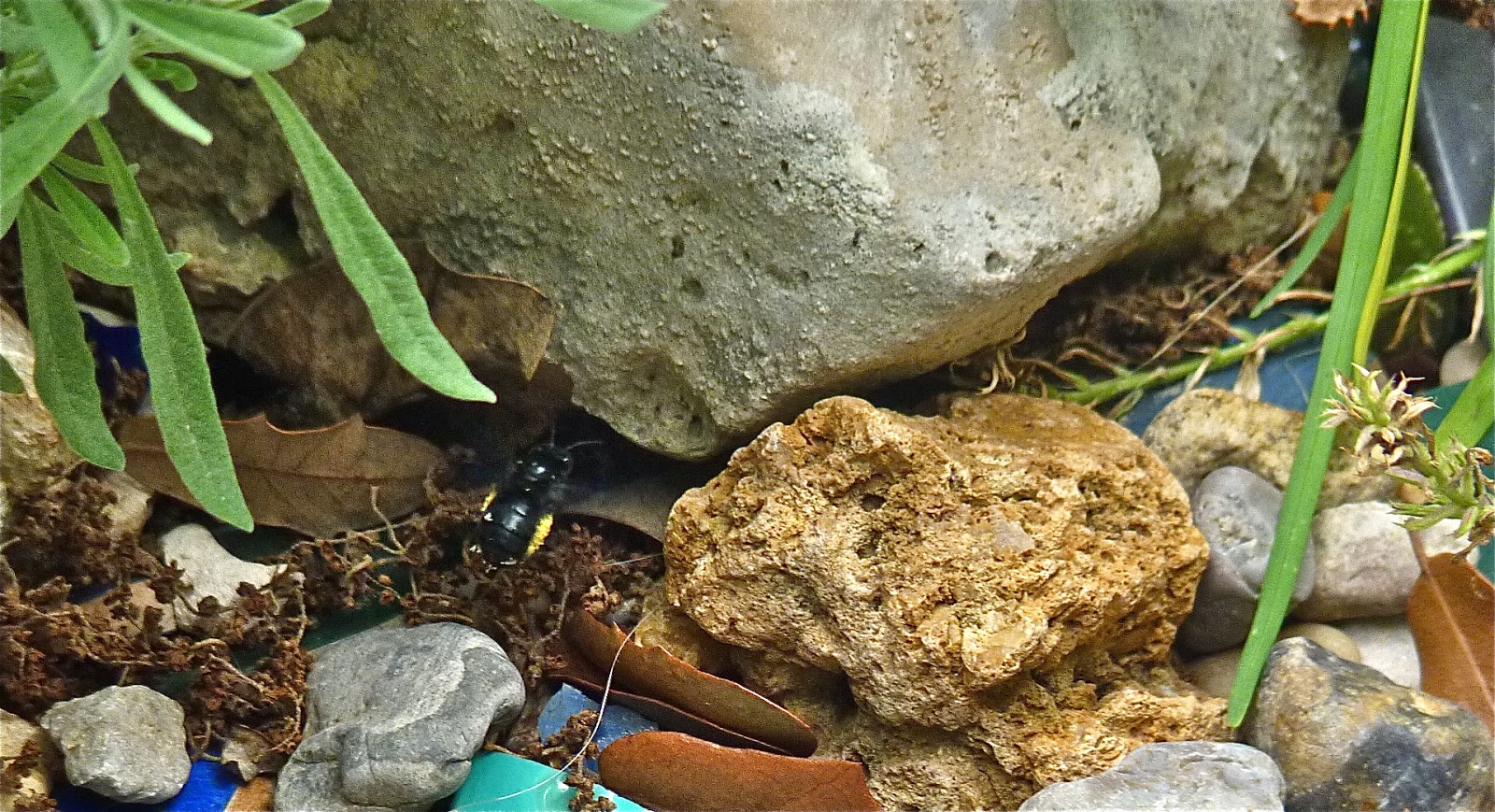 Of course each bee knew right where it was headed while I was working on a "keep your camera focused in a particular spot and wait and sooner or later you're bound to catch one" gambit.   Sooner became later with not many lucky guesses. 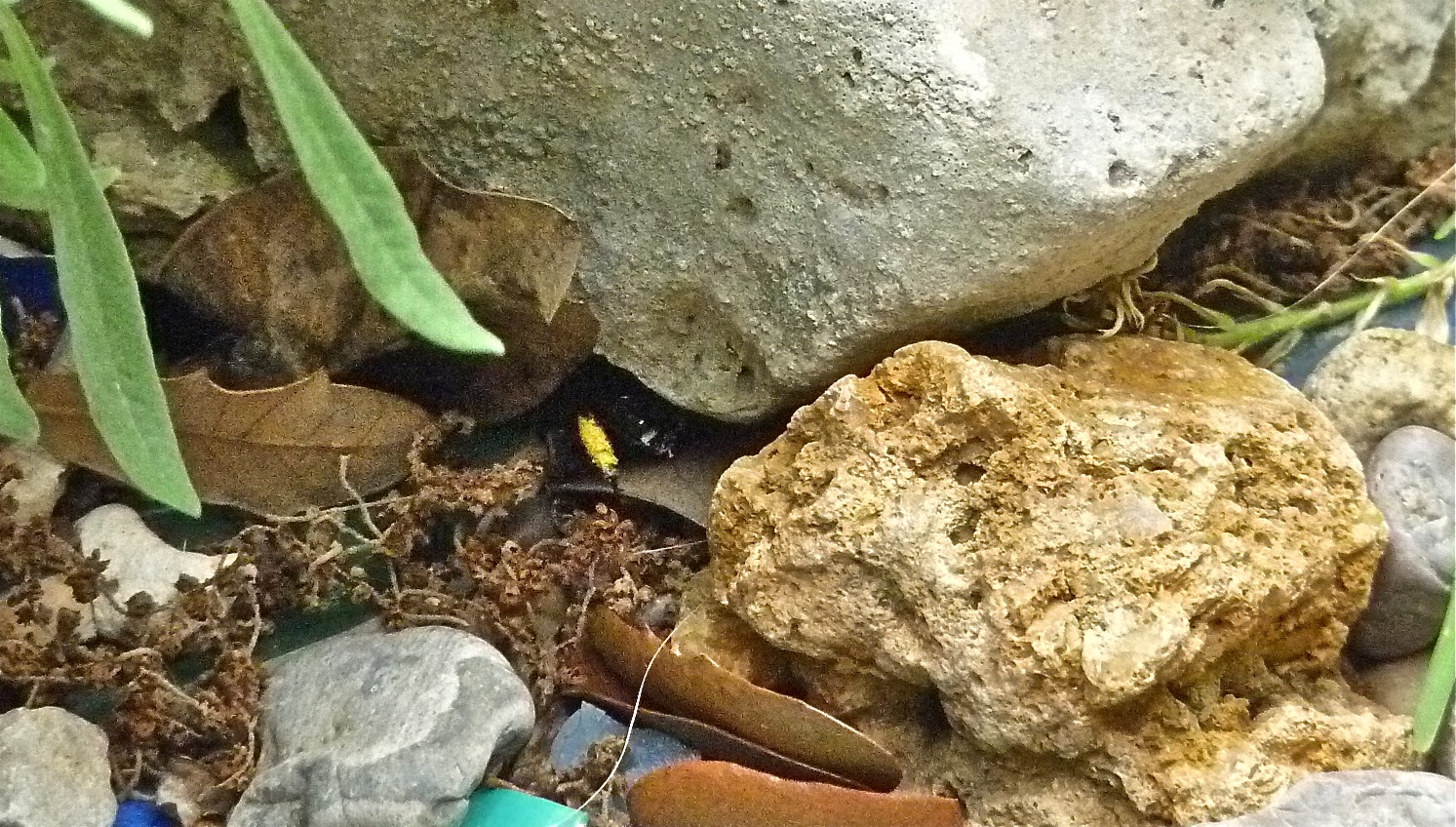 It felt like I was playing a version of camera whack-a-mole that worked out closer to camera-miss-the-hole. 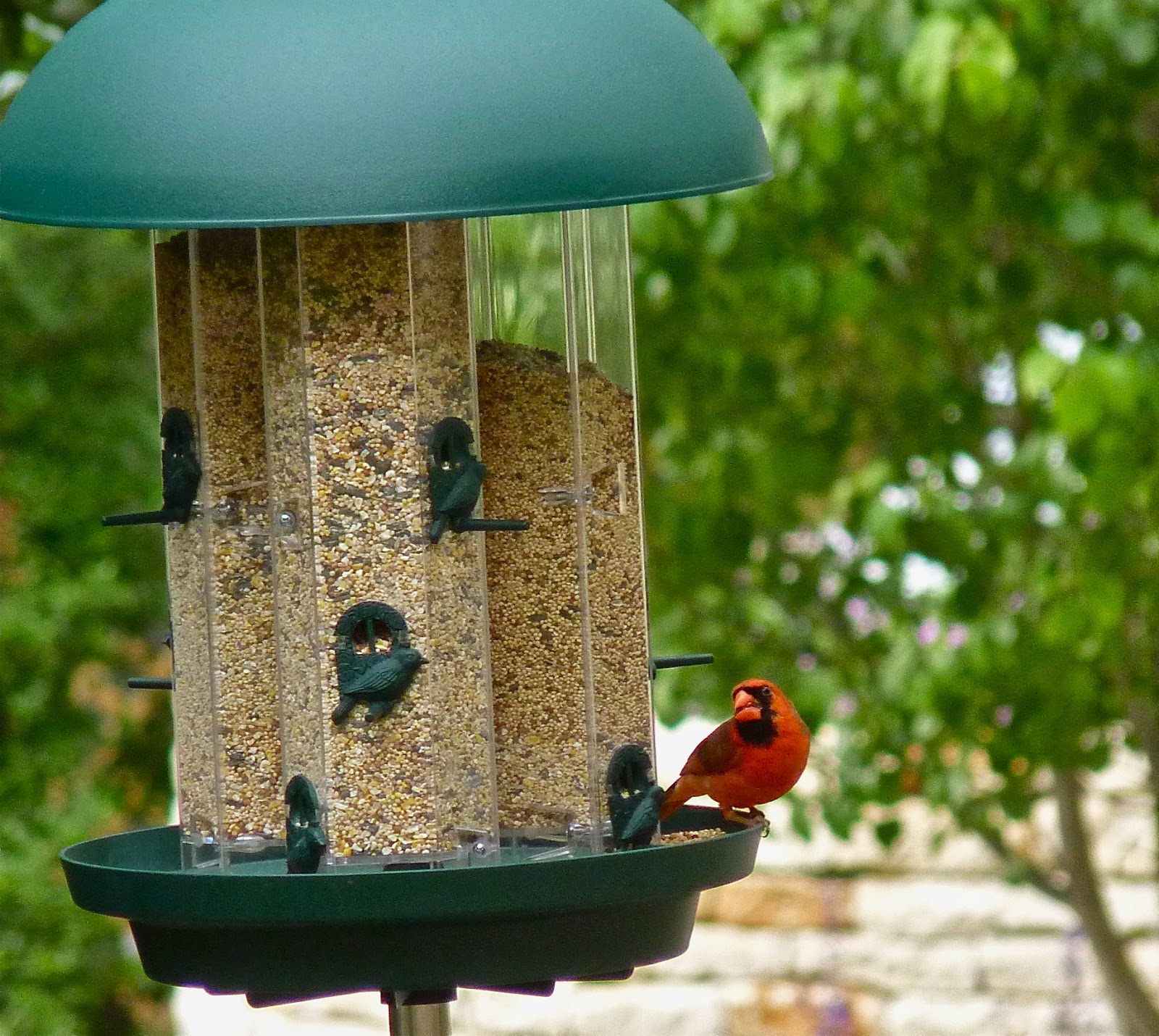 I was out there so long the birds began watching me. 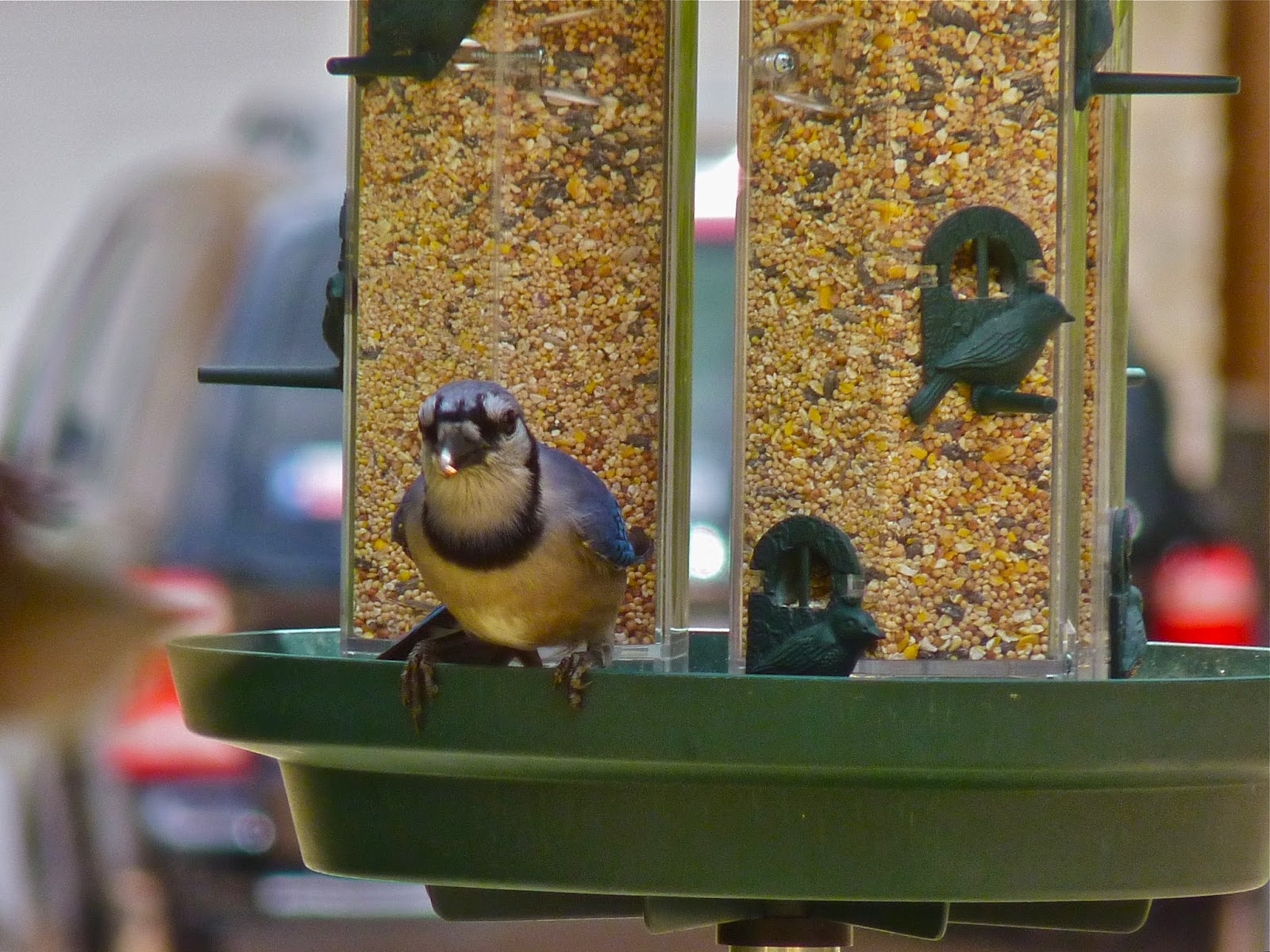 I grew more and more frustrated and responded as usual by becoming slightly obsessed.  I spent hours online investigating what types of bees nest in the ground only to discover there are all kinds of native bees that do so.  So many kinds there is a good chance they haven't even identified them all.  And, as usual, my blurry photos and spotty memory couldn't match anything up exactly enough with the images available online. 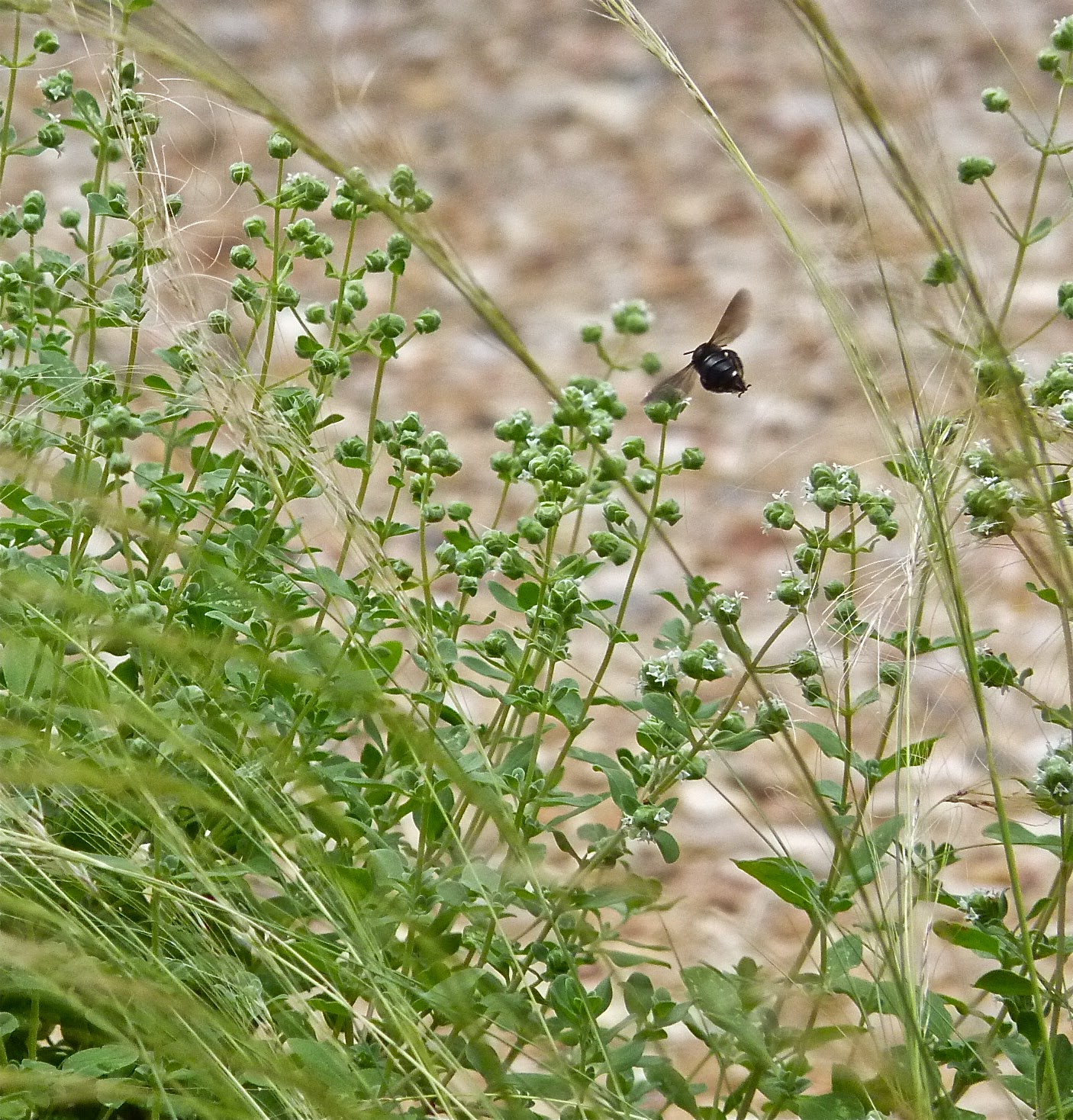 I went to bed that night vowing to spend more time outside the next day with my camera, as long as it took, because I WAS by GOLLY going to get a photo of one of these bees and figure out what they are. Cue Memorial Day Weekend and the traditional bands of rain.  Our accumulation so far?  Three and a half inches here in the hills west of town with more rain in the forecast for days yet to come.

With a little trepidation at what I might find, I went out again this morning. The holes are still there, still perfectly round.  That bug glue is good stuff.  But now I'm wondering.  Do those holes fill up with water when it rains so heavily and if so, what happens to the bees?  And what happens to their baby bees stuck in the holes?  Are the adults still in there somewhere?  Are they off waiting somewhere higher for drier weather to return?   Beats the heck out of me but I'll keep watching....and waiting....to see if this particular mystery can ever be solved.

Labels: Bees, Ground Bees, Nature Can Be A Bitch

I know there are bees who colonize in the ground (and in wood, masonry, etc.). I'll bet some adaptive method has developed so that they don't drown, but I don't know that. Those bees (that I categorize as "carpenter") are fast. I have little luck in catching them with my camera. Your shots are terrific.

I followed one of those holes in my yard and found one inch wide beetles- my kids loved finding them. I always forget how many crazy creatures live underground!

Tina: Thanks as always about the photos. I took at least 60 to get two that I liked and a few more I was at least willing to post.

I sincerely hope you are right about those anti-flooding adaptations. The bee's hole glue certainly held up well and I'm keep a loose eye out for them to begin caroming back and forth again.

THG Mama: Welcome and thanks for dropping by! I like that your explored the hole in your yard. I've been toying with the idea of digging out one of the holes in the garden bed but didn't want to disturb a bee nursery if that is what they are, because, Bees!