According to Mark Twain, "Patriotism is supporting your country all the time, and your government when it deserves it."

And, as Oliver Wendell Holmes, Jr stated in his address before the remnants of the Grand Army of the Republic in 1884: "As it was then, it is now.  The soldiers of the war need no explanations; they can join in commemorating a soldier's death with feelings not different in kind, whether he fell toward them or by their side." 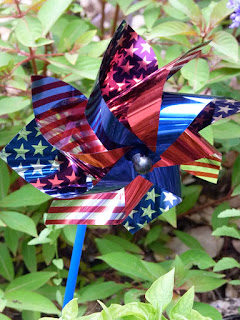 In recent years it seems celebrations of Memorial Day have become less about honoring those Americans who died while fighting for our country and more about the end of the school year and having a three day weekend to kick off summer time.  Movements are in place to permanently set 5/30 as "The" Memorial Day (rather than the last Sunday in May), and there is a federal proclamation in force that suggests everybody spend a full minute at 3:00 PM memorial Day (local time) in silence, or listening to "Taps".

However you celebrate, whatever your viewpoint, I hope you will take at least a moment to consider all the folks who are currently mourning the loss of a soldier in the family.   In that context, "peace" takes on an entirely different meaning....