Hooray for the red, white and full 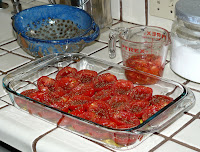 I hope you are having a great 4th of July weekend.

At one point I had to force myself to push away from my desk and turn my computer off. Everywhere I turned there were fantabulous lineups of pot luck picnic and family gathering type dish suggestions, taunting me with the idea that no matter what I had in mind to do for my family there would be something better on somebody else's blog that I simply hadn't found yet.

Which is just silliness. It is certainly not the case that we haven't been cooking or eating somewhat lavishly around the AustinAgrodolce abode.

Truth be told, with LawSchoolGirl around for a while this summer to provide encouragement and an extra pair of hands, 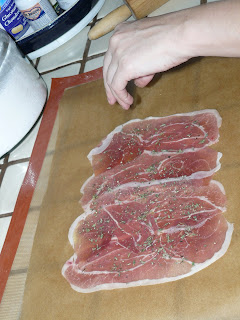 Here are some recent forays into "yeah I know it isn't low calorie but this is IN SEASON and LOCAL, OK?" territory [with the occasional "wow - that looks good - let's try it" thrown in for good measure].

After seeing Elise post about her Dad making a Beef Wellington version on Simply Recipes, it occurred to me I hadn't ever tried to make my own Wellie, although I'd certainly enjoyed eating it whenever I had the chance. Since we're trying to only eat responsibly sourced protein and no appropriate beef roast was available, we decided to go to the Pork side of the force. 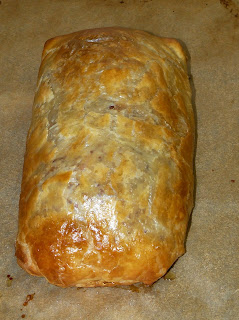 We loosely adopted an Alton Brown recipe and were pleased to the point of smug with the results. I doubt this will be a regular in the lineup, but it is fun to have it checked off the "been there cooked that" list.

After snagging what ChefSon asserted was not a "real" souffle recipe but was called that nonetheless, we decided that, while we were foofing it up dinnerwise with the Wellington anyway, we'd take some local organic strawberries and tease them into a dessert high kick all their own. Strawberry (Velveteen)Souffle, here we go. 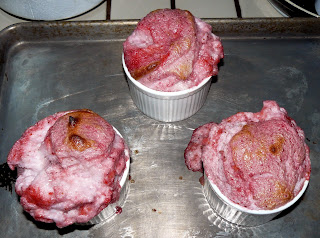 I don't care what you call these. They were berry good (sorry - could not resist).

Several different blogs were featuring buttermilk dressing recipes lately, so I combined a couple and made some to have on hand. I took the last bit of our home grown cabbage, a half apple that had seen better days, dried cranberries and celery seed and combined them with a bit of sweetened dressing for a killer slaw for two. 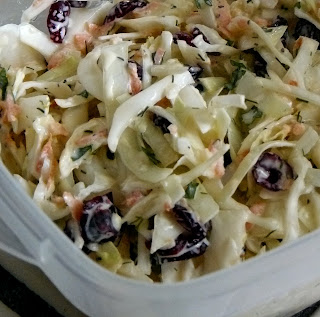 Speaking of home grown, our garden has been suffering from the high temperatures and lack of rain. We are only managing to get a handful of tomatoes and peppers so far to show for our efforts. 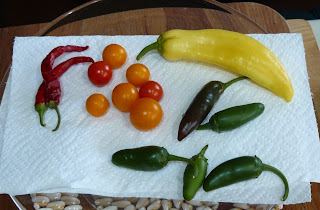 Thankfully Wheatsville has had all sorts of fresh local produce available, so snagging a couple of pounds of organic Roma tomatoes meant I could reprise the amazing Pomidori al Forno for some summertime tomato delirium. The full recipe along with step by step photos is in an earlier post here. 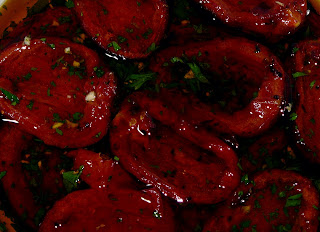 If this is something you meant to try but didn't? DO IT NOW. We love these sitting atop a schmear of Pure Luck goat cheese spread on toasted French. Crackers will most certainly do if you are flat out of bread.

Blueberries have been in abundance so after reading about how wonderful they were on TheBittenWord we obliged with our own attempt at CI's Best Blueberry Muffins. And Best they were. 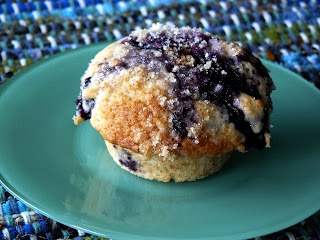 The lemon zest sugar sprinkles on top were inspired, well worth the price of admission all on their own, providing a perfect bright note to go with the berries. 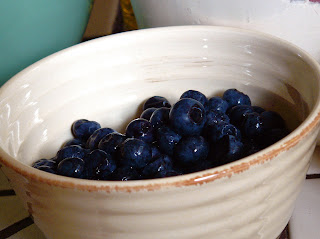 With a few berries left over, it was time to attempt a recasting of one of my favorite old Parents Magazine recipes (originally appearing in the June/July 1998 issue) for Berry Breakfast Bread. This simple recipe calls for strawberries and was good enough I never felt tempted to stray.

Aside:I loved recipes from Parent's Magazine back in the day, especially the ones geared towards cooking with your children helping out in the kitchen. Whether or not my kids wanted to "make something" varied according to some complex formula having to do with the ambient temperature multiplied by the television schedule subtracting the barometric pressure. I always liked cooking with them but I liked even more that the recipes geared towards my cooking with them were simple enough I could approach without intimidation.

This summer, fresh on the heels of muffin making mania with blueberries to spare, I was confident I could loaf them up in place of strawberries in this old go-to breakfast bread recipe. 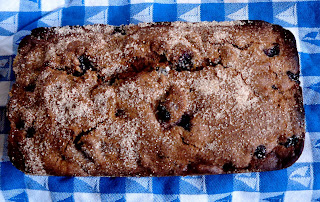 To follow is the recipe as originally printed. All I did was swap out sliced strawberries for an equal amount of blueberries and bump up the sugar a bit (maybe an extra 1/8th of a cup) to compensate. 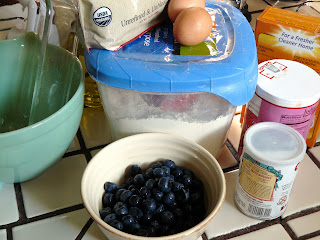 Coat a 9x5 inch loaf pan with vegetable spray and set aside.

In a large bowl, beat eggs until fluffy. Add oil and sugar and continue beating until light and airy. Add berries;stir and set aside.

Spoon batter into pan and bake 50-60 minutes until a skewer stuck in the middle comes out clean.

Cool for 10 minutes, then remove from pan and finish cooling on a rack.

And there you pretty much have it. We have been flagged, paraded, hot dogged and firecrackered for yet another year. Independence aside, we have eaten like kings and queens all along the way. However you celebrated the holiday weekend, I hope you offered- and got- the royal treatment. It's the American way to go!
Posted by TexasDeb at 9:19 AM

i am semi-thankful i just read your blog while sick..... otherwise I would want to go bake and eat up a storm.... this all looks deeelish..i especially want to try making the non-soufflé soufflé. :)

Aw - what is it about being sick in the summer that makes it feel worse than in the winter? That's how I react, anyway. Even way after I got out of school.

I certainly hope you are feeling wonderful immediately if not sooner.

holy moly, that's a lot of recipes and food . . . . did you ever stop cooking?! i would have loved to plop down on your couch and accept the plates from your table! (but the prep makes me tired thinking about it :)

of course, I am just tired from over a week of engaging in hosting and visiting, etc . . .