Our hapless neighbor to the South has taken a lot of hits lately, most of them undeserved. Mexico has endured earthquakes, economic woes all their own, a loss of tourism dollars due to fears of drug gang violence, and now this whole swine flu mess has been splashed all over their zapatos. 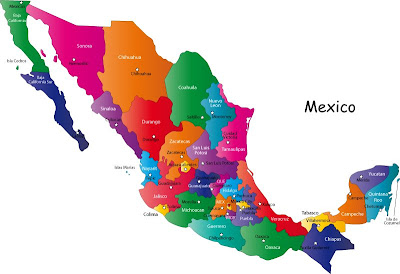 To my way of thinking the best possible response to all the mayhem is a Cinco de Mayo celebration, saluting Mexico's historical fortitude in resisting the last army invading the Americas from another continent. I intend to do just that by preparing carnitas and serving Micheladas alongside, in hopes this current viral invasion will be similarly overcome.

I started looking around for carnitas recipes and found plenty of them, each using a slightly different methodology but all of them reassuring, with forgiving ingredient lists and nods to other cooking techniques in the comments added, typically something along the lines of "don't worry - they'll still be delicious!".

I do so like it when I'm told not to worry by people who blog like they know what they are doing. The only type of recipe I am currently attracted to is of the "you can not mess this up" variety. A blogger friend calls this low fuckupability factor. I think that term pretty much sums up the only kind of cooking I'm interested in.

Back to our carnitas. I hodge-podged together a recipe, deciding to braise the pork in the oven ahead of time and then figure out how I will brown/crisp the meat when the time comes to serve the tacos. 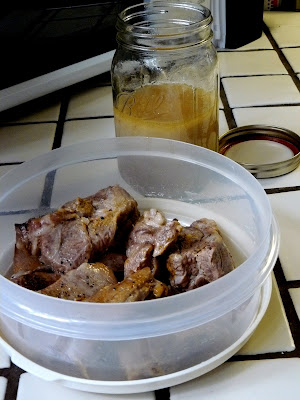 I must confess. It smelled so damned good at the end of this first hour I could barely resist the temptation to test drive a taco (or 4) ahead of time to, um, pig out on my own see what other ingredients I'd want to have on hand to make our Cinco de Mayo experience mas bueno. Right. That.

Here's what I did. 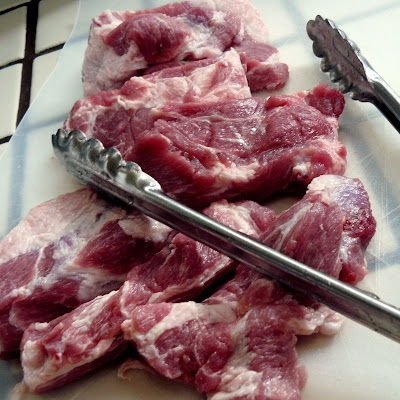 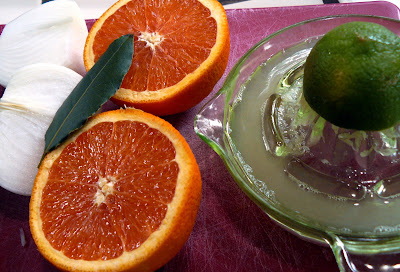 Heat oven to 300 degrees. Salt and pepper your pork strips and add the meat, onion, bay leaves, juices, water and orange halves to a Dutch oven. 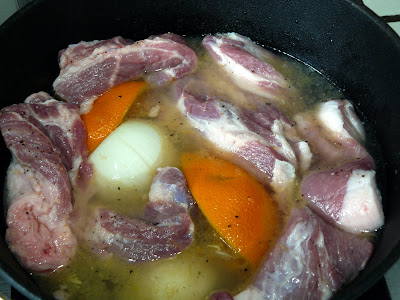 Bring this to a simmer on the stove top, then cover and place into the heated oven.

After an hour in the oven, turn the meat and continue cooking for one additional hour. 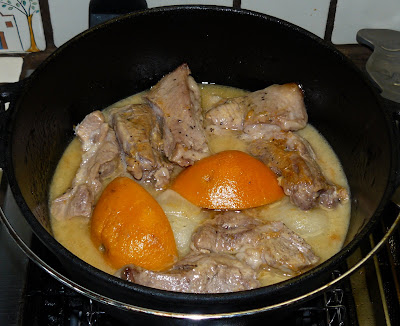 Remove pork from the dutch oven (it should be tender and falling apart) and reserve in a bowl. Remove the bay leaves, onion and orange rinds from the liquid. On the stove top bring the liquid to a brisk boil and reduce to approximately 1 cup. (I plan to do this the day of our dinner.)

Check reduced liquid for seasoning adding salt and pepper to taste. Pour liquid over pork in bowl. Pull each strip of meat into two pieces using two forks and place on racks over a baking sheet. Broil meat well away from the heat source for several minutes (5-7) on each side until well browned and crisped on the exterior. Watch carefully to prevent charring.

Serve immediately in tortillas with additional elements to suit.
To keep this as organic and local as is possible, I plan on using Tecolote Farms arugula, caramelized local organic 1015 onion strips from Wheatsville and queso fresco.
I'll also offer Micheladas, a seasoned Mexican beer cocktail.  Or Negro Modelo plain, for those who like their beer untampered.
I haven't quite decided what else to serve. It has been so toasty warm in the evenings here I want to keep it easy and light. Perhaps some guacamole.  Maybe local vendor Amy's Dulche de Leche ice cream for dinner. If I come up with something blogworthy, you all will be the next to know! 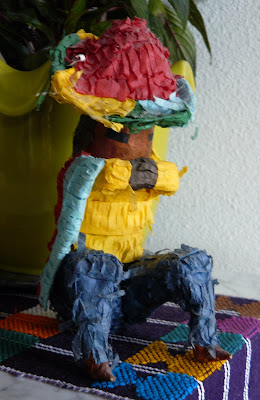 I've posted ahead in case you were needing some Cinco de Mayo inspiration all your own. I'll come back with followup notes and photos of the finished product. I'll also be sure to share if anything comes up that didn't go according to plan. Meanwhile...