The Fine Print at the End of the Show

I told you a few days ago I was going to branch out a bit here.

"Uh-oh", some of you may be thinking, here she goes again about that frackin' Bottle Tree".

No..... no. I mean it is fabulous, my bottle tree is, thanks very much for asking, but today I want to share with you not only my own work and my own words, but also the work and words of another, off a site I found I believe is well worthy of your notice.

(Shhh don't tell anybody, this is actually part of a diabolical plan for world domination which includes having other people spending minutes to hours gazing open mouthed at the wonders of other websites as I too often do...)

There may be a predictable pattern to "send you off to another site", etc. days that will evolve eventually. Friday or Saturday may become "Fill-in-Blank-Here Day" so you have something to look forward to, a feature I've noted on other much more organized sites (which shall remain nameless until I name them but, you know who you are).

Until then you may have to check back regularly just to see what in the world I am up to over here. Because clearly yes, reading here has become that important to you that you do not want to miss a n y t h i n g. Yes? Yes.

Today I will share a site that has brought me a lot of relief not only because it has settled a bit of an ongoing irritation between the Hub and Yours Truly.

At the end of several of our favorite shows, which we typically watch via DVR (thank you 18 years too late technology for making it possible to control dinnertime versus the demands of early evening network series), there would be a briefly shown screen with some sort of diatribe in relatively teensy print. 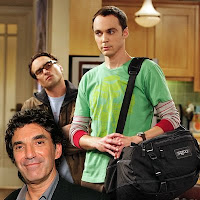 Ever curious, I let the first few slip past but [cue forehead slap] eventually collected my wits enough to realize I could freeze the screen and see what was there. Me and the Six Million Dollar Man makers, we had the technology, we could rebuild him and make him better (him in the this case being the briefly appearing screens and yes I probably did watch too much TV growing up, your point?).

As I froze the screen in place I came to realize each one was a hilarious (to me) diatribe about varying topics from the producer, Chuck Lorre (producer and sometimes writer for old favorites such as 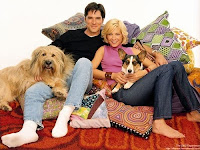 Dharma and Greg, Roseanne, and new favorite Big Bang Theory, among many wonderful others). Referred to as easter eggs or vanity pages depending upon who is writing, each one was a jewel to me, a peek into the mind of the man who has helped create many of my favorite programs. I was hooked. I was also curious.

Would there be, I wondered, some wonderful place in the interweb where these pages were stored, digitally stacked as it were, so I could go back and find a favorite or catch up on the pages I had missed before recognizing their genius?

You already know the answer - of course there was and here it is! Chuck Lorre's Vanity Pages.

TIME HOLE ALERT! These are fascinating, varied, addictive and there are many many many of them. Do not get started reading these pages if you have, for instance, your end of first year law school finals to study for (again, you know who you are), or say, need to finish dressing in time to leave for work. Do not stop here rather than filing your amended tax returns or getting that online Defensive Driving Course completed if the deadline is today. Bookmark the site and save it for those rainy days. As far as I can tell this site is not going anywhere (nor will you once you get to reading) and the pages will simply keep piling up delightfully, indefinitely. You can extend your pleasure, read them as slowly as you wish.

Which is also where the irritation enters. We all read at different speeds, sometimes dependent upon the nature of the subject matter.

Have you ever called somebody over to read something on your computer screen with you? Or even had somebody walk by, their eye is caught by something you are looking at and they ask to view it with you? If it is anything that requires multiple screens or scrolling it will immediately become apparent that people's reading styles and speeds are different.

So different that if you are in any way intimately connected to that other the variation may seem to yawn like a vast chasm there between you, its sole purpose to point out how different you and this person you love nonetheless really truly are. 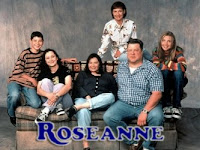 It was this way with the Lorre pages. Some more dense than others and all of them fitting upon one screen yet the length of time it took one person here to read all the way through was never matched by the other. One would read, finish, look to the other and say "done?" to be answered by silence as the other was still reading. The inquirer would then idly straighten things on the table before her, re-read the screen s l o w l y again, and then glance back up to the other, who was apparently still engrossed in reading.

It is annoying to have to hide your annoyance with a slower reader when you are the one who invited them to read something in the first place. It is churlish to chide a person for actually reading what you pointed out they might enjoy at their own speed. I don't like being churlish. It makes me feel, well, resentfully churlish. Doubly churlish with extra foam.

My coping strategy is now to read the screen, alert others present the screen is "up and ready!" and then leave the room for what feels like a mini-eternity. Generally by the time I amble back in to where the set exercises dominion we are all equally ready for "next!". Problem solved, case closed.

What about you? Are you a speedy reader? Would you have left all those Evelyn Wood Reading Dynamics types in your dust? Are you a skimmer and a re-run reader? A take it easy until you determine you are OK with a faster run through type? Do you move your lips when you read? Share it all in the comments section dear readers, and let the world know. Proclaim your reading type, stake your territory, let it all hang out. We're friends here and fast or slow, what really matters at the end of the day is that you do read. Agreed? Oh, and if you have a favorite page feel free to note that here and folks will have a starting point for their (neverending) adventure in reading.

PS - here at the end, [just like for the shows!], is my current favorite (slow to rent movies fans, spoiler alert!) just to whet your appetite in case these vanity pages have not already caught your eye and you have no earthly idea what I am ranting on (and on and on) about:

FOR YOUR CONSIDERATION
(spoiler alert)

It's that time of the year when movie studios seeking Oscar nominations for their films start asking for my consideration. Every trade ad and mailing begins with the words, "For your consideration." It's kind of a Hollywood tradition. Anyway, this is what I've considered so far: Milk (a well-meaning gay guy is shot to death by a homophobe), Doubt (A really mean nun accuses a really terrific priest of being a pedophile), Revolutionary Road (a married couple fight a lot, cheat on each other, then the wife bleeds to death following a botched abortion), Slumdog Millionaire (incredibly poor kids subjected to unthinkable evil, but with a happy ending), Defiance (starving Jews fight Nazis in the woods), The Wrestler (a broken-down, over-the-hill wrestler on steroids has a tough life), Changeling (a woman's son is abducted and the police put her in an insane asylum), Gran Torino (a dying widower commits suicide to help his neighbor), Benjamin Button (a guy grows old in reverse and then dies), Rachel Getting Married (a drug addict kills her baby brother and then pisses off her family during a wedding), and The Reader (Nazi atrocities, under-age sex and illiteracy prove to be a lethal combo). So, what am I considering? Well, for a moment or two I actually considered hanging myself. But then I thought, if I do that, the movies win.